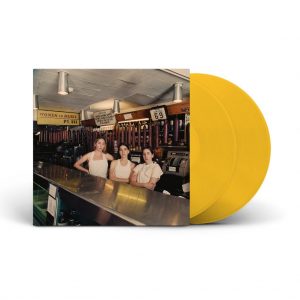 Danielle Haim co-produced the new album along with longtime collaborators Grammy Award-winning producer Ariel Rechtshaid (Adele, Blood Orange, Carly Rae Jepsen) and Rostam Batmanglij (Charli XCX, Solange, Frank Ocean). The new album will also include ‘The Steps,’ which Haim released earlier this year and The FADER proclaimed, “has all the components of an essential HAIM track — all the yearning, all the embedded grooves, all the rip-roaring guitar.” Previously released songs ‘Hallelujah,’ ‘Now I’m In It,’ and ‘Summer Girl’ will also be featured on the album.

Women In Music Pt. III is the follow up to Haim’s sophomore album, Something To Tell You, which was released in July 2017. Something To Tell You debuted at No.2 on the UK album charts and No. 7 on the Billboard 200 following release and was critically acclaimed by NME, The FADER, NPR, and more. The album was declared “a gleaming triumph of artisanal pop music” by Stereogum, Pitchfork called the album “slyly complex” and The Observer noted that it “finds them adding a bittersweet edge to their fusion of retro pop styles.”